The Labor Department is scheduled to release the March jobs report at 8:30 a.m. ET. That data will come a day after the U.S. government reported weekly jobless claims shot up by 6.6 million in the week of March 27. IHS Markit PMIs are also set for release at 9:45 a.m. ET. 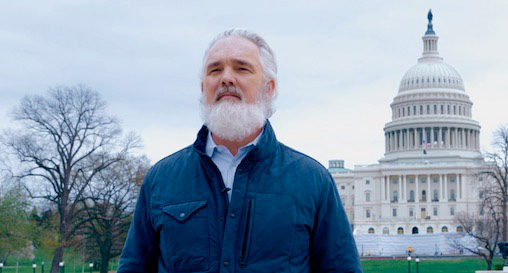 For the first time, 5G insider Jeff Brown is coming forward with a shocking announcement: The coronavirus has made the opportunity with 5G even bigger – and more urgent – than it already was.

Sound impossible? Then you need to attend Jeff’s first-ever State of 5G Summit.

The early morning moves on Friday followed one of the week’s better days on Thursday as oil’s biggest one-day rally ever soothed investors who’d grown worried over financial and job losses in the energy sector. Though West Texas crude futures still remain more than 50% lower for the year, the one-day rally was enough to carry the major equity indexes higher.

The Dow and S&P 500 rallied more than 2% each on Thursday. However, the major indexes were still headed for their third weekly loss in four. Entering Friday’s session, the Dow was down 1% while the S&P 500 had slipped 0.6%.

“Trends have now been Sideways for US and European equities for the last seven trading sessions, despite the massive swings,” said Mark Newton, managing member at Newton Advisors, in a note. “Gains have consolidated, but have not given way to much weakness that is sufficient to expect an immediate test of low.”

Both the Dow and S&P 500 remain more than 25% below their respective all-time highs set in February as jitters over the spread of COVID-19 foster volatile trading on Wall Street.

There have been more than 245,000 confirmed infections in the United States and more than 6,000 deaths from COVID-19, according to data from Johns Hopkins University. Globally, more than 1 million cases have been confirmed.

U.S. stock futures jumped after a surge in the price of oil, a financial market which has collapsed this year...