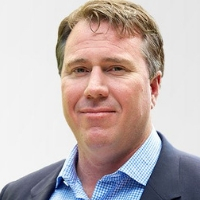 TOMORROW: Porter Stansberry Will Appear in an Online Exposé

He’ll join Joel Litman and discuss an ugly new development in the financial world that could push back your retirement by a decade or more, if you’re not prepared.

It involves 8,500 stocks that you might be holding right now.

Treasury Secretary Steven Mnuchin also confirmed trade talks between the world’s two largest economies would resume next month. In an interview with Fox Business Network, Mnuchin said negotiators from the U.S. and China had made some progress in last week’s deputy-level meetings.

The dispute between Washington and Beijing has dragged on for well over a year, battering financial markets and souring business and consumer sentiment.

Apple, which has large exposure to the Chinese market, rose 0.9% in the premarket. Caterpillar and Boeing, two trade bellwethers, gained 1.2% and 0.6%, respectively.

On the data front, Philadelphia Fed nonmanufacturing figures for September will be released at around 8:30 a.m. ET. The S&P/Case-Shiller’s home price index for July, consumer confidence data for September and Richmond Fed surveys will all follow slightly later in the session.

In corporate news, Autozone, Carmax, and BlackBerry are among some of the companies set to publish their latest earnings before the opening bell.

Nike, Cintas, and Synnex are set to release their latest quarterly results after market close.

Stocks opened the day with losses after weak economic data in Europe. In Germany, flash Manufacturing PMI data came in...