Two reports released this week could spell trouble for a third one coming out Friday — the Labor Department’s closely watched nonfarm payrolls count, considered one of the most pivotal measures of economic vitality.

The Institute for Supply Manufacturing’s sentiment measures for manufacturing and services came in well below Wall Street expectations and, more importantly, fueled concern that the U.S. is heading either for a significant slowdown or even a recession.

Taken together, the readings point to weak optimism and the likelihood that an economy that not long ago was adding workers at a clip of more than 200,000 a month is in the midst of a substantial deceleration.

“They’re pretty bad. They scare me,” said Jim Paulsen, chief investment strategist at The Leuthold Group. “But I still think this is probably just another rough-patch slowdown.”

Still, he’s wary that such “soft” data, or that based on sentiment and intentions, could translate into hard data measuring headcount and activity.

As things stand, economists surveyed by Dow Jones expect the Bureau of Labor Statistics to report Friday that nonfarm payrolls increased by 145,000 in September while the unemployment rate probably held at the 50-year low of 3.7%. The final count could be substantially below that, according to Joseph LaVorgna, chief economist for the Americas at Natixis, who said the ISM employment indexes are “highly correlated with nonfarm payrolls.” LaVorgna said he expects Friday’s number could be as low as 85,000. 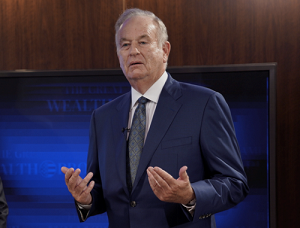 To be sure, other measures of payroll growth show the labor market is still holding its ground.

The ADP/Moody’s Analytics count of private hiring indicated growth of 135,000 for the month, which, depending on which Wall Street estimate you follow, was either a tad above or below expectations. Weekly jobless claims rose to 219,000, a bit higher than expected but still consistent with what has been a long-term low trend.

Economists were nonetheless worried that the ISM numbers were pointing toward future weakness.

The two surveys’ readings actually are consistent with nonfarm payrolls growth of around 50,000, according to economists Ian Shepherdson of Pantheon Macroeconomics and Michael Pearce at Capital Economics.

In fact, Shepherdson said the ISM services survey “has overstated job growth for most of this year, and if that persists, then zero payroll readings are not far off.”

The bright side: Paulsen said payrolls gains are about at the right level to be sustainable in a market where the unemployment rate is so low.

“The fact that it’s coming out this way scares everybody, but if you think about it, that’s exactly what has to happen to avoid overheating,” he said. “We need to slow payroll growth down to just a little over 100,000 a month if we’re going to persist, which is probably what’s going on. We’re interpreting that as, ‘Oh boy, they’re pulling back!’ I think it’s less about pulling back than we can’t find the bodies so we can’t grow as fast.”

Current borrowers and potential buyers are apparently watching every interest rate move, and reacting accordingly. Higher in rates over the...