Lowe’s on Wednesday reported quarterly earnings that beat analysts’ expectations and raised its forecast for the year, but revenue fell short of projections.

The home improvement retailer also announced that it has restructured its Canadian leadership and plans to close 34 stores in Canada in the fourth quarter.

Shares of Lowe’s were up more than 4% in premarket trading. 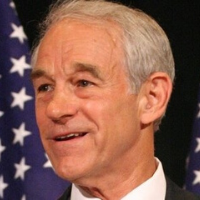 Get ready for an exclusive discussion with a 12-term U.S. Congressman… A new penny crypto could soon become the most talked about investment in America… and create hundreds of surprise millionaires.

Reserve your spot quickly and get a FREE crypto recommendation.

Here’s what Lowe’s reported compared with what Wall Street was expecting, based on a survey of analysts by Refinitiv:

“We were pleased with the performance of our U.S. home improvement stores, which reflects a solid macroeconomic backdrop and continued progress in our transformation driven by investments in customer experience, improved merchandise category performance, and continued growth of our Pro business,” CEO Marvin Ellison said in the earnings release. 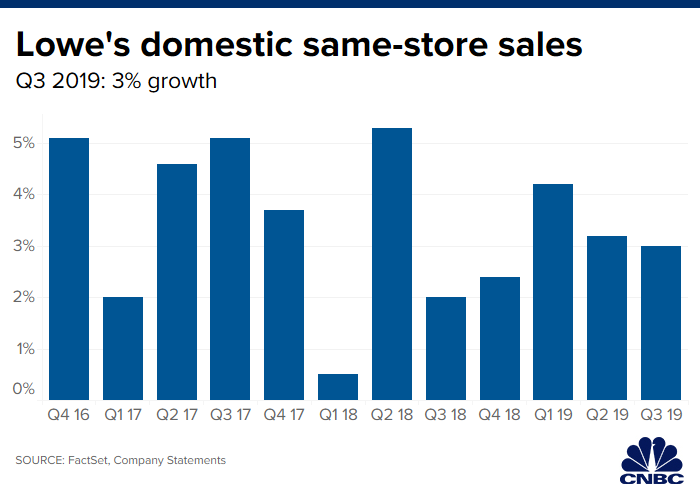 Despite the store closures in Canada, Ellison said the company is “committed” to its Canadian operations.

“While making decisions that impact our associates and their families is never easy, closing underperforming stores is a necessary step in our plan to ensure the long-term stability and growth of our Canadian business,” said Tony Cioffi, interim president of Lowe’s Canada.

Since Ellison arrived in July 2018, he has focused on sales to professional contractors. In the second quarter, Lowe’s credited its ability to grow U.S. same-store sales at a faster pace than its competitor Home Depot to the effort. Lowe’s said it added 35,000 new pro customers in the second quarter.

Home Depot, however, has always had its stronghold in the professional space. About 45% of Home Depot’s business comes from its professional customers, according to Jonathan Matuszewski, an analyst at Jefferies. By comparison, Lowe’s gets about 20% to 25% of its sales from this group, he said.

Home Depot on Tuesday reported weaker-than-expected fiscal third-quarter sales, and cut its 2019 sales forecast, because its latest investments are taking more time than expected to pay off.

The Atlanta-based company said Tuesday it is in the process of improving its B2B website, which was created mostly for the company’s pro customers. The site still requires underlying technical work before the company can move forward with additional elements.