Stocks made new records again today but struggled in the afternoon.

This morning, the major indices opened higher and rallied. But after making new records, the stocks pulled back as traders awaited comments from President Trump. 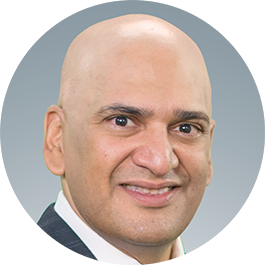 Do You Have Any Money In The Market?

Then join Teeka Tiwari, Wednesday, November 13, at 8pm ET for the most important event you will ever attend.

Many traders believed the President’s speech would focus on trade. Trump did say that the U.S. is close to a Phase 1 deal but didn’t reveal anything news. Instead, the President seemed to target the Fed.

The Fed has cut rates 3 times this year. But that number isn’t enough for Trump. The President would like to see the Fed cut rates further and even consider negative interest rates.

The President essentially said that the Fed has made mistake and believes the markets would be 25% higher if it wasn’t for the Fed.

Trump said, “we are actively competing with nations who openly cut interest rates so that now many are getting paid when they pay off their loan..give me some of that money.”

Stocks didn’t move much after the President’s comments. But in the afternoon, stocks pulled back and actually turned negative.

Then a small rally in the last hour of trading helped stocks finish the day with small gains.

With today’s move, the S&P and NASDAQ made new record highs while the DOW finished the day flat.

Crude Oil (CL) opened higher but once again struggled to stay above $57. Ending the day flat, CL finished at $56.84 a barrel.

Disney (DIS) was up 1.4% after launching their Disney+ streaming service that will compete with Netflix (NFLX). Netflix finished the day with a 0.7% loss.

Rockwell Automation (ROK)…great name by the way…rallied 10.5% after reporting better than expected earnings.

And Facebook (FB) was up 2.6% after announcing Facebook Pay, a payment feature that can be used to send payments through its platforms.

Tomorrow Fed Chair Jerome Powell will be in the spotlight, with his testimony before Congress.

Today Bond markets were closed in observance of Veterans Day. But major U.S. exchanges were open in spite of the...