Tesla said in a filing on Thursday that it would raise up to $2 billion, with $650 million coming in the form of new equity and $1.35 billion in convertible notes.

CEO Elon Musk signaled the intent to buy about $10 million of the company’s stock in the new offering.

The total equity offering is for 2.7 million shares of Tesla. Musk’s purchase would be 41,896 shares.

Tesla shares fell earlier in premarket trading when the company put out an initial filing indicating it would be offering a mix of debt and equity securities. The stock then reversed course and was last trading 5.7% higher when a second filing revealed details of the offering, including Musk’s interest in buying a block of the new shares. 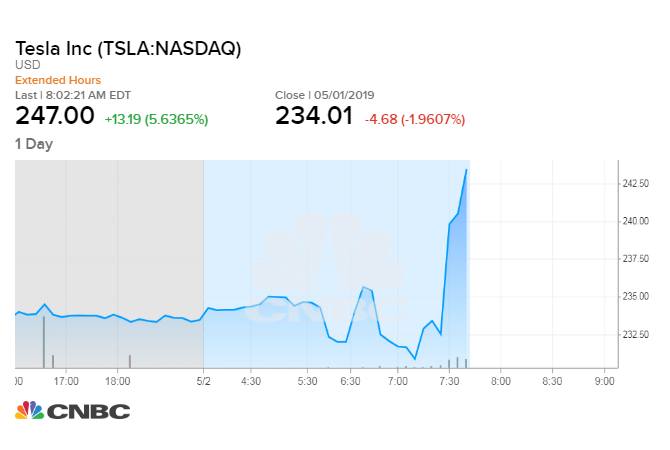 Here’s what you can expect. Get the Most From Your Altucher’s Secret Income Membership When it comes to new Altucher’s...